How to Get Rid of Spiders

How to Get Rid of Spiders 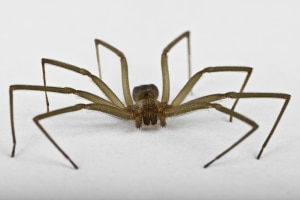 Spiders are believed to have existed for more than 300 million years. With the exception of tarantulas, which may live up to twenty years, the average spider lives for one year, though some of the larger wolf spiders live for about two years. And most spiders only mate one time during their lives. When you think about how to get rid of spiders, consider that there are a lot of them.

There are around 35,000 species of spiders, including about 3,000 species in North America. In Arizona, there are only two groups of spiders that are potential health threats because they have venom dangerous to people: the black widow and Arizona brown spiders.

Arizona has five native recluse spider species, including the Arizona brown spider, also known as the desert recluse. And, although recluse bites are rarely fatal, they can cause pain and scarring. The black widow is the most venomous spider in the US, is nocturnal, and will generally only attack when disturbed or touched.

Because they only have two main body parts (a combined head and thorax), spiders, along with ticks, mites, and scorpions, are considered arachnids. All spiders are carnivorous, with most of them eating insects. In fact, spiders that are found both inside and outside of a house are usually looking for bugs to eat and will prevent other pests, such as cockroaches and crickets, from invading the home.

How to get rid of spiders?

Arizona recluse spiders prefer dry, dark places and may be brought into homes on items stored outside, on firewood, or on other debris collected from the desert. So, in order to prevent spiders in your home:

Call or stop in to any of our Bug & Weed Marts to see how we can keep your home spider and pest free.